Ahead of Chuseok, cross-over vocal quartet Forestella made a comeback with their 4th Single “Ties – 연 (緣)” on Thursday. The song derives its title from the Korean ‘연’ and the Chinese 緣 meaning Connections, Bonds, Fate, and Longing. ‘Ties‘ is an authentic ballad of separation, grief, and hope of reunion addressed to a departed beloved.

The song is different from most ballads seen in mainstream KPop. With the influence of Korean traditional elements in the writing, instruments, and imagery used, ‘Ties‘ takes the listener back in time to the age of Kings and Queens and wars and revolution. An aching tune on the Haegeum, a melancholy poem of lost connections spilling from the grieving soul of a bereaved lover, and the haunting voices singing it all, ‘Ties’ creates a picture of an antique landscape, like something from a tragic historical fantasy.

The song describes the yearning for love that was lost to fate, while expressing a strong resolve to meet again one day.

The day when the rainbow gently arrives at my sky,
I will follow your side that day

‘Ties‘ with the field of Crossover:

Despite being different from previous musical endeavors, Forestella lives up to its title of a crossover group through ‘Ties’. Parallels can be drawn from this song to Gugak, the traditional Korean music form. Sung with techniques of the present day ballad, ‘Ties‘ retains the impact of the traditional literary language and expression while building a bridge to modern times through a vocal style that is very familiar to the present, if not completely modern.

Member and musical actor Doohoon structures the song with his soulful and delicate singing, supported by Woorim‘s gentle bass while Hyungho‘s light and sonorous and Mingyu‘s clear and emotive voices fill colors on the canvas of ‘Ties‘. The listener is sure to feel the anguishing and sorrowful narration that results as all these factors blend together as the final output.

In the promotional videos preceding the release, the members revealed that they had been working on this particular song since the beginning of the year. However, written with an ambiance of days of yore and embellished with traditional toppings, ‘Ties‘ makes for an apt Chuseok release.

My love, you who flashed like a dream across splendid moments,
The day when pitiful flower petals flutter away,
That day, we shall meet again

The captivating lyrics of ‘Ties‘ is written by songwriter Shoon, who has previously written for various dramas such as ‘Mystic Pop-up Bar’ and ‘Born Again’. Going by the atmosphere, it is no surprise that the song is composed and arranged by music director Kim Sujin, who is known for the OSTs of dramas such as ‘Golden Tower’, ‘Nokdu Flower’ and ‘Let’s Eat’. Along with Kim Sujin, the members have themselves taken part in directing the vocals. The cover art is designed by Kiki Illustrations.

‘Ties’, along with their previous three singles this year, will form a part of Forestella‘s upcoming album scheduled to be out in November. Watch this space for more on Forestella releases. 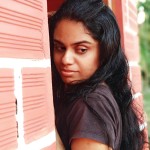