M.O.N.T made a comeback with their 2nd EP “Listen Up!” on 15 October 2020. The EP consists of a total of 6 tracks out of which 4 of them are from the single albums “Burgundy Tape” and “Aqua Tape” while the other 2 are new additions. The EP was released along with an MV for the title track “ANTI-HERO”. The MV for Narachan’s solo “September Hills” was pre-released on 27 September 2020

With a self-produced and composed album, M.O.N.T hopes to win fans over with an essence of their own. The members Narachan (Leader), Bitsaeon (Lead Vocalist) and Roda (Lead Rapper) have all given their inputs in the EP and also blessed fans – MINT with individual solo tracks.

The answer is I’m just an individualist

When it doesn’t seem right to me

As you know I’m negative

Even if I disagree, what are you gonna do

What you know about me

The song is a message directed towards haters and antis. In the song M.O.N.T talk about how the strong and hateful comments and negativity have only had a positive effect on the group. Their disheartening words are more of a driving force rather than a setback.

The sweetness of September Hills-

Narachan’s solo track is a poem of love that’s set with autumn’s cosy vibes. The lyrics are about one’s realization of how much of a difference their lover can make and that living seems impossible without them

The music video features Narachan singing his heart’s content in a field. The color of the crops change to every shade of the rainbow as an expression of how colorful life gets when in love

Listen to the EP on Spotify and Apple Music 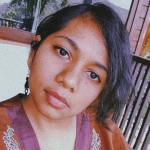