Chicago Typewriter (시카고 타자기) is a Fantasy, Romance tvN K-drama series, directed by Kim Cheol Kyu and written by Kim Soo wan. Starring Yoo Ah-in, Im Soo-jung and Go Kyung-pyo, this drama was released in April 2017.
What makes this drama worth watching? well you got to read this review to know that.

The series depicts three resistance fighters who lived during the 1930s Japanese occupation of Korea, and are reincarnated into the present as a best-selling writer in a slump, a fan, and a ghostwriter.

Yoo Ah In and Im Soo Jung play two characters in this drama, their present day characters, Han Se Joo and Jeon Seol respectively and then their past life characters which are Seo Hwi Yeong and Ryu Su Hyeon. The way both of them manage the widely different personas in such a flawless manner is worth appreciating but obviously one has done a better job in this case and that’s Yoo Ah In, he doesn’t let you to connect dots of his current personality with his past life characters’ showing how they both are different yet the same people in an intriguing manner which Im Soo Jung couldn’t do that well but we can say maybe that’s how their characters are.
Now the next character, I’ve to shroud him in a mystery as it’ll reveal spoilers which I don’t want to but when you watch it you’ll guess who is the supporting lead anyway so Go Kyung Pyo shown as the ghostwriter named Shin Yul. Go Kyung Pyo of Chicago typewriter reminds me of his character from Reply 1988 as the personality trait is a little similiar and lits that nostalgic torch. He plays his character beautifully, a sweet guy who cherishes friendship, loves freely and jams to jazz music now that’s a guy you like.
Main antagonist is played by Kwak Si-Yang starring as Baek Tae Min and well you’ll have to see the drama for that don’t wanna ruin things. I’ve to say that like every other character he also plays two different roles but his past role is more interesting than the current time one as he is not a bland villain but has motives in the past life.
Supporting roles like Jo Woo jin as Gal Ji suk, Oh Na ra as Secretary Kang, Yang Jin sung as Ma Bang-jin, Jeon Soo kyung as Wang Bang wool, Kang Hong seok as Chef Won Dae han, Cheon Ho jin as Baek Do ha, Tae min’s father, Jo Kyung sook as Hong So hee, Tae min’s mother work is noteworthy. You’ll laugh at Gal Ji Suk, Chef Won Dae Han, Ma Bang Jin and Wang Bang Wool while hate Hong So hee now that’s as short as it could get.

The story starts in 2017 Seoul with Han Se Ju, a thriller novel writer who is pretty popular and an idol in the literary World and his fanatic, Jeon Seol who is an intriguing character herself. Han Se Ju somehow comes across a Korean typewriter in a café when he goes on a World Tour and is drawn towards it but is unable to buy it as the owner refuses to sell it out but as the café’s owner experiences some paranormal activity concerning that typewriter he decides to mail it to Han Se Ju and the person who is asked to deliver it is Jeon Seol, working as a Do anything errand service worker. That’s how they both cross each others’ path and soon realise that they’re tied to each other by an ill fated relationship from the past life.
The story is fairly distributed between current and past life phases as much as the drama is worth standing in fantasy genre the way the story unravels and shows a good part of Korea’s freedom struggle makes it a historical drama as well. The constant flashbacks to the past life, the paranormal phenomena and the journey to unravel some past mysteries entagled with present day is what makes it interesting.
There’s much more to it than just romance, it’s a story full of suspense and thriller as it pacls some mysteries the main leads need to solve to get things right and while doing so connect to their own feelings and breakdown the walls they’ve created around themselves.

The current day potrayal is as basic as it can get but what’s actually worth taking note is how the transition from present to past happens. The cinematography is so good that everytime the story transitions from present to past it feels like we are standing right there, in the pre-liberation Korea or should I call it Joseon? The old buildings, the late 80s fashion, jazz clubs and the early era aesthetic is just amazing. They’ve done their research well and everything from small details like how matchstick boxes back in days looked like to important details like old guns and Japanese run Joseon city structure is well placed.
The drama also showcases the proper reason on why it’s named “Chicago Typewriter” and it doesn’t come off as forced I would like to appreciate the writer and the director for executing that so smoothly. Another thing worth noticing is the vfx used for the drama are most of the times very basic as it’s usually masking or floating things which ain’t exactly hard to do but the intro is the one place where the vfx are so good you wonder how exactly the idea came into the artist’s mind.
There are very few action scenes but they’re very well executed and the gun fight scenes aren’t over the top. The muzzle flashes which usually a matter of disappointment in many dramas and even movies are well handled so kudos to the production team for that.
The soundtrack, I’ll say I loved it. It has everything I like in osts, something catchy yet not too poppy. Soundtracks like these hype you or make you mello as you watch a certain scene happening and I love that feeling. “SALTNPEPPER – Satellite” is my personal favourite and I’ll just cross the line and say it’s one of the best OSTs out there.

The drama is a rollercoaster ride, it’s never riding on a same emotion or a narrative for too long. Pacing of the drama is very good and the acting looks effortless. The cinematography makes you feel like you’re one of them walking in their shoes. You’ll feel for every character, hate some and love some might even feel sad for some. The drama has comedy, emotion, romance, suspense, thriller like a full course meal and you’ll be full as you complete it and feel sad of how you can’t eat more of it.
It’s an epic story of friendship and love which crosses boundaries of time and space. My word? Do watch it, I’ll say it’s one of the Kdramas you must watch. 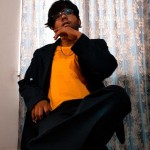 Co-founder and Adminstrator of KDCI, Leader of Ddaeng Dance Crew