An artist through and through, starting her endeavors as a painter, yey entered the music industry earlier this year in the month of February. Though being a new artist, she has established herself as a musician with unique musical style.

She debuted as a solo artist with her EP, “Troubleland” and has recently returned with another single, “Roots“. We, at Hallyure, had the pleasure to interview yey and know more about her music, the meaning behind her songs, and more.

For people who might not be familiar with you, could you please introduce yourself?

Hi! I am a singer and song-writer yey from South Korea, debuted with the single ‘Troubleland’ in February of 2020, and released my latest single, ‘Roots’ recently.

It doesn’t have much of a meaning actually. I just took out the first word of my name, ‘Ye Jung Kim’, which sounds like ‘yey’. I just love the sound of it and also the name ‘yey’ is easy to remember and pronounce.

How did you get into music production? How has your experience been so far?

I used to paint for a long time. When I had the chance to have a solo exhibition, I planned to combine music with painting. It was since then that I started to compose music as a medium to convey my messages. I was hooked to it because it was incredibly similar to drawing a picture.

You debuted in February of this year with the EP, “Troubleland”, how was your experience working on your first project?

There are 2 tracks in my first single ‘Doomdada’ and ‘Troubleland’. ‘Doomdada’ represents a dancing figure, a song which I wrote during the moments I felt left out. I expressed my desire to escape from the moment with a strong but suppressive sound.

The storyline of ‘Troubleland’ continues from that of ‘Doomdada’, trying to escape from the awkward situation through a lucid dream.

Your latest release, “Roots” has a very unique sound and concept. Would you like to explain the meaning of the song and the thought process behind its lyrics?

Our memories become malleable with time. Time blooms new memories and creates distorted perceptions repeatedly. ‘Roots’ is a place filled with the fantasy of the speaker, full of reconstructed memories due to obsession. However, I don’t want to define it clearly, because it is more meaningful for it to be open to various interpretations.

How would you describe the sound of your music? How do you think it sets you apart from your contemporaries?

I envision writing songs that are to be listened to during the night time, for the audience to be able to explore and engage with their profound emotion of sadness.

As an independent artist, who composes as well as arranges their own songs, how is the music-making process like for you?

It’s different every time but usually I set the theme first and then compose the music. Then I make the melody and put lyrics on it.

The song making process takes a lot of time and dedication, how long would you say it takes you to finish a song from start to finish?

Generally, it takes a bit of time for me. I rearrange about five times and condense the lyrics continuously until there is a bare minimum left for it to convey the message. It’s interesting to listen to former versions after releasing the final version.

In your track “Doomdada“, you have artist Xbf featuring in it. Would you like to share your experience working with another artist?

Of course, I really find it valuable to listen to other’s opinion about the same theme. Every different experience makes my work more creative and interesting.

As you’ve already collaborated with an artist before, are there any other artists with whom you would like to work with in the future?

I wish to work with Glass Animals. I love their music.

Is there any specific genre of music that you would like to explore more in your music?

I think there’s no boundaries to genre nowadays. But, if I had to name one, I would say ‘alternative R&B’ or ‘trip hop’.

Now, moving onto more personal questions that might help your fans to get to know you a bit better, who would you consider as your musical inspiration?

The people whom I love. But mostly, I am inspired by a novel situation rather than a specific person.

In this stressful time of a pandemic, is there any artist or song you specifically listen to and would like to recommend to the audience?

There’s a Korean artist ‘djfriz’. I get comforted by listening to one of his songs called ‘Resist’ collaborated with mrshll.

Feeling creatively blocked is something that every artist faces at some point in time, how do you overcome that?

I like to travel a lot. New places always give me new inspiration, mostly overseas destinations. Obviously due to the pandemic, I couldn’t do so, so I found myself enjoying camping at nature as an alternative.

Apart from music, is there any other endeavor that you would like to focus on in the future?

As I designed the filming site with my installation art in the music video of ‘Roots’, I want to experience diverse fields related to art. Also, I am looking forward to performing in foreign countries if there’s an opportunity.

As fans, can we expect any new releases from you soon?

I’m planning to release a new single this winter. Please look forward to it.

Last but not least, is there anything you would like to say to your fans?

A lot of people encouraged me. I sincerely thank you guys so much. You guys are the motivation for my work!

Listen to yey’s music on Spotify – 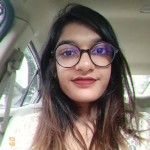