Soundcloud sensation and a connoisseur of late-night jams, Rosy have been active in the music scene for quite a while, carving herself a niche in the ever-changing industry. Her journey as the artist known as ‘Rosy‘ began all the way back in 2016 on her Soundcloud with ‘kryptonite‘.

She continued dedicating herself to her Soundcloud, and her artistry finally gained mainstream traction after her official debut with the single ‘붉은 청어 (Red Herring)‘. Most recently, she made an official comeback with the track ‘Escape‘ featuring South-Korean artist Grizzly.

We had the opportunity of talking to Rosy to obtain a better understanding of her artistry and musical principles.

For those that may be unfamiliar with you and your work, please introduce yourself.

Hi, I’m singer-songwriter Rosy and I’ve released my new album “Escape” a few months ago. Pleased to meet you all!

Your latest release, Escape, is a song that gives off relaxing, chill energy whenever we listen to it. What did you want to convey when you made the song?

I’ve written a lot of “late-night chill vibes” type of music so I wanted to write an upbeat song for a change. Even if it may seem boring, I like to be in my comfort zone. Sometimes, however, I get the sudden urge to escape. It’s a hard time for everyone during this pandemic, so I also wanted to convey everyone’s desire to get away from all of it.

What does the general process of making music look like for you?

I make music from time to time – it could be while I’m watching a movie, or a TV show, or while I’m playing the guitar. I also write songs just before bedtime if an idea pops into my head; but these days, I feel like I might need to set a certain time for writing songs. Whenever I come up with a good melody or lyrics, I usually record myself or write it down somewhere.

When you work on your music, is it something that you like to have a lot of control over, or do you prefer to bring in a variety of musicians and take in all of their opinions?

I like to have control over songs that I upload on Soundcloud, but when it comes to making an album, I ask for my family’s or friends’ feedback and share opinions.

Your recent release, “Escape” is a collaboration with Grizzly and you also collaborated with Lynden Rook in “Pink Slip” – how did these collaborations happen?

I’d always been fond of them as artists! I thought they’d fit in well from the beginning of writing these songs, so I asked for their features.

Are there any artists that you would like to collaborate with in the future?

There are so many but I’d like to collaborate with King Krule one day!

Who would you consider your musical inspiration(s)?

My musical inspirations change every time I write a song. They could be my family, friends, or my dog “Gomdori.” I also get inspiration from other songs, too!

When you feel creatively blocked, is there any activity that you do in order to get your spark back?

I try to get my spark back from watching movies and TV shows, or reading books. If it’s not enough, I write songs while fantasizing about my favorite artists.

Before we wrap up, any message you’d like to convey to your fans?

I have nothing but gratitude for my fans. I hope you all stay safe and stay tuned for more to come! 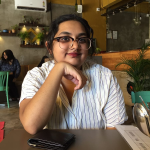 One thought on “INTERVIEW | Rosy talks music process and inspirations”