EXO’s Chen dropped his new single ‘Hello’ on 15 October 2020. ‘Hello‘ is a brit-pop song which is composed by Kim Je Hui and the popular lyricist Hwang Yoo Bin.

‘Hello‘ is an intimate and emotional song that talks about Chen’s hesitation about reaching out. He had so much to say, but the fear of his words getting misinterpreted held him back. So he tries again, with a simple ‘Hello’. His silence is a double-edged sword, words left unsaid hurts him and the silence eats his heart. The song gives voice to his loneliness, his fears, and the guilt his silence has caused him. Even now after deciding to break his silence, no words come out. All he wants to say remains locked in his heart. The song expresses his devotion, his love for his loved ones, and his promise to always cherish them.

“But Dear my dear, this unfinished letter probably won’t reach you, right? Even if I can’t reach you, I wish for your wellbeing, I wish and wish again that you’re doing well”

The music video shows Chen wandering in an empty house, searching for something. The video carefully explains the motif of the song, highlighting the loneliness of the lyrics.

The highly anticipated release is received well by the fans with the song trending in multiple countries.

Check out the music video for ‘Hello‘ here – 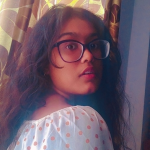